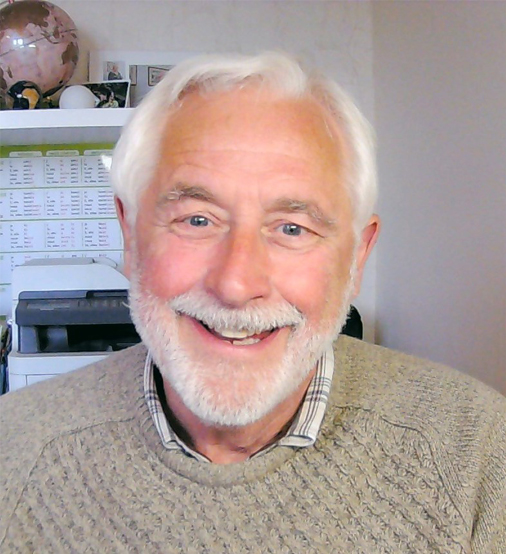 Chris Hutchins qualified as a solicitor in 1976 and spent the next 30 years as a partner in law firms in Northampton and South London. He majored on conveyancing at the start of his career but then became more and more interested in business and developed a practice advising small businesses on a range of matters.

Chris left High Street practice in 2008, having become disillusioned with his profession and the way his colleagues dealt with their clients. It seemed to him that solicitors nowadays are interested only in the money they can make from their clients and not in the clients themselves. In fact that seems to be even truer now than it did when he quit the High Street.

In 2010, after a break helping a major client with management issues and pursuing other things, Chris set up a new style law practice. The small business advice network which was designed, from the start to provide high quality low cost legal services to small businesses. He set up an office at his home, no staff, low overheads, and the ability to interact directly and fully with his clients. The practice flourished, and Chris has many happy clients. On one freelance service he uses he is rated 5-star from 518 reviews. Two recent quotes – “perfect and exactly as expected” “Really happy with Chris, he really knows his stuff”.

In the course of his law practice, Chris has seen many clients take on litigation, he does not deal with it himself. It seems to him that, in just about every case, the process is expensive, over-complicated, too-long and devised to profit the lawyer, not the client.

Chris qualified as an Arbitrator many years ago, but did not use the qualification. He looked to revive it but found that the process offered similar issues to using the Courts. Long, complicated and expensive.

In the course of acting for one client. Chris was asked to participate in a mediation. It was a revelation. He’d seen mediation in divorces and in the County Court and had never found them to be of any real use. But …. This time the process was simple, quick and really effective. Both sides had the chance to get their points across, their anger out of the way. That lead to a calming of positions and a really sensible settlement was reached. Wow, this was what he had been wanting offer to his clients for years. Effective, low-cost, simple dispute resolution.

Discussing the whole thing with his wife (and business partner) Marguerite, they decided to look at the process, and qualified as accredited mediators.

Chris can now offer a sane and sensible approach to dispute resolution. His style is informal, friendly but effective.

Chris follows Formula One, loves cooking and has more grandchildren than the old woman who lived in a shoe – they are his biggest joy. 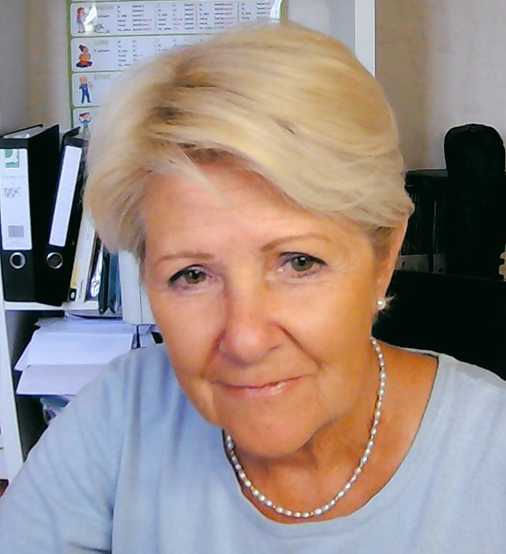 Marguerite began her working career at the age of 16, working as a Legal Secretary. She remained working within the law for several years until she married and stayed at home to raise her family.

Whilst raising her family, Marguerite returned to Further Education and gained an Honours Degree in Psychology, Sociology and Law. On her return to work, she took on working with small businesses to help them implement the ISO Quality Standards and eventually she became Quality Assurance specialist. Working with several firms, she gained a position with a large international computer screen manufacturer. This led to Marguerite working in the UK, France and Germany. In the course of gaining ISO standards, she became adept at negotiating change, within organisations. She was able to gain acceptance to totally new and unfamiliar working practices from unwilling and, sometimes, uncooperative staff.

After early retirement, Marguerite returned to her Psychology interests, and undertook a Counselling Course for Cognitive Behaviour Therapy (CBT Counselling) and now works with clients using CBT Counselling. Working locally and on a part time basis, she has gained a reputation for solid and effective guidance. Never dictating solutions but, instead, working with clients to help them find their own ways through problems.

Marguerite’s legal background combines perfectly with her people skills and her attention to detail. She offers a very well balanced and analytic view of each problem she faces and is ideally placed to assist in mediation.

Marguerite enjoys spending time in the gym, gardening but her real joy lies in spending time with her many children and grandchildren.

Company Mediation is a company set up by Marguerite and Chris to provide their mediation services.

It is a subsidiary of Small Business Advice Network Limited (SBAN), which is an on-line law firm offering low-cost legal services to small businesses. Link to www.sban.co.uk.

SBAN offers a vast range of legal services, including assistance with leases, business contracts, terms and conditions, business sale and purchase, employment contacts, NDAs and so much more. The firm does not get involved, at all, with litigation. 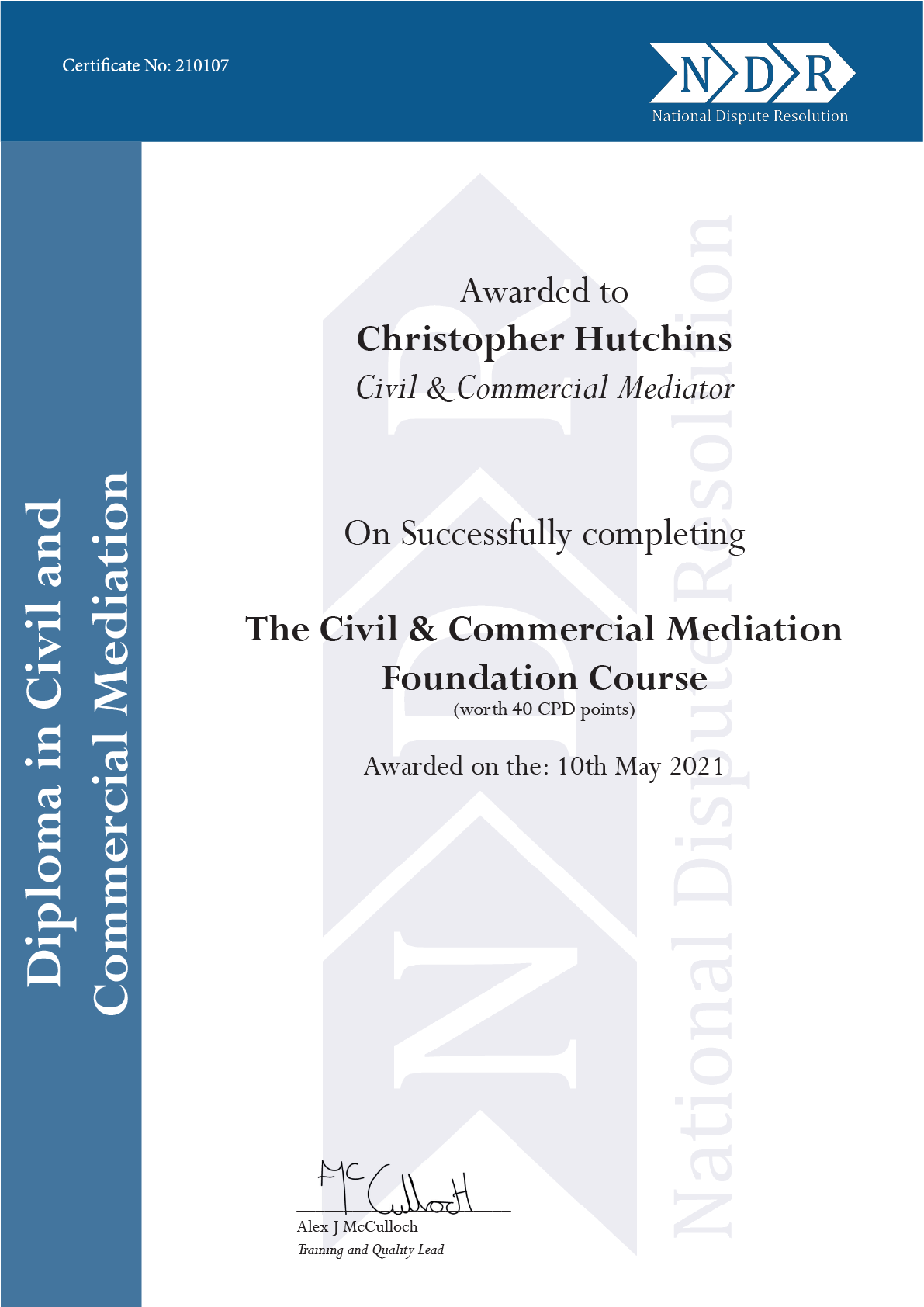 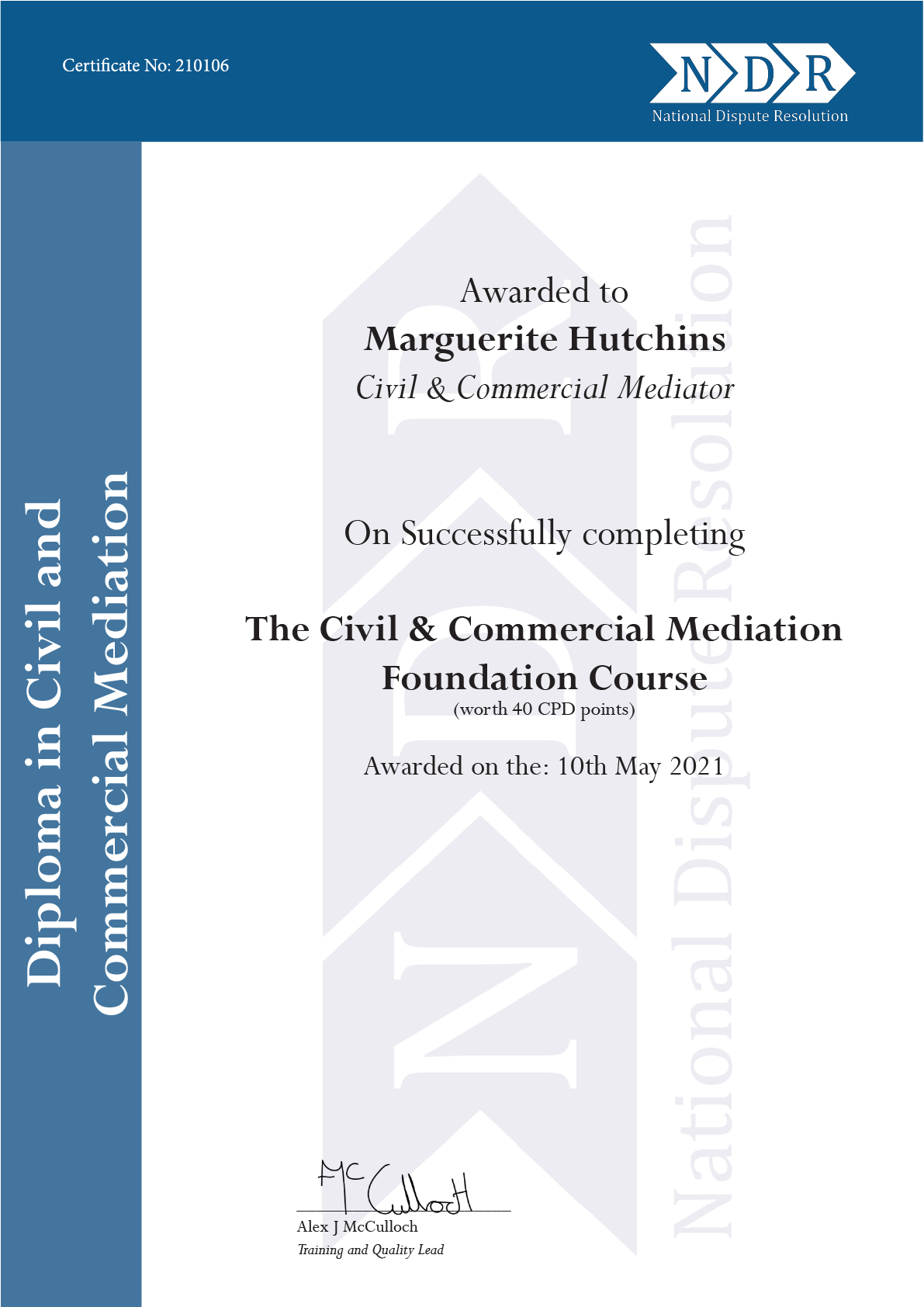